July 2020 · Chef John Reed, CEC, CCA
When the wave of stay-at-home orders began across the US, we saw some of our idiosyncrasies come to the surface. There was an amazing run at the grocery store on dried pasta and red sauce-especially spaghetti. This didn’t bother me, but what did was the fact that there were so many more (sometimes way too many) amazing pastas left on the shelf. For me, that is a gold mine!
So, I wanted to focus on an aspect of pasta in this country, especially in restaurants: our portions are way too much! Pastas are not meant to be so big or limited to red sauce. I was hoping to get you to think about how many other delicious small plates of pasta there are for you to cook. They are waiting for you on the shelf, as everyone else left them there for you.
Some of the best pastas I have eaten have been small plates made to order and not massive troughs of carbohydrates. That was in my youth, when spaghetti and red sauce was in its heyday of marketing campaigns. Just ask Anthony what Wednesday night it was.
A traditional Italian restaurant meal is a bit of an orchestrated event with a sequential parade of dishes, starting with the primi platte, then secondi and finally dolce. Antipasti is really not part of the meal but a prelude to the meal served as part of the aperitivo culture all across Italy. The roots of the word are from “anti” or before and “pastus” or food, not what we have thought of as “pasta.” Pasta is a type of food with similar genealogy in the name. The concept of smaller portions with big flavors is where pasta lives.
So, pasta is part of the series of first courses such as risotto, polenta and other smaller dishes served at the beginning of the meal. It is not-nor was ever meant to be-that after-thought as a watery bowl of noodles tossed in butter or just topped with red sauce. It can be elegant and sophisticated.
Some small pastas such as orso or rizi are ingredients in soups, hence alphabet soup! Others are about the pasta itself, and the sauce is there as an accessory to make it shine. I wrote about the spaghetti served at Scarpetta; this is the pinnacle of an amazingly simple dish done at an extremely high level. Other dishes like cacio e pepe (with a list of only four ingredients, one being water) is a Roman dish that is all about technique and timing.
To understand dried pasta and how to use it, you need to understand the basic science behind it. First, the dish you can create is based on the relative size of the pasta. Second, these rules generally refer to unstuffed pastas, but they can be adapted.
Here are the basic guidelines.
I guess you are wondering why I am not talking about fresh pasta-getting out the machine, a couple of grooved boards and a rolling pin and extolling the art of fresh pasta. That is for long weekends and special occasions.
In my digital edition, I will walk you through three small course pasta recipes and a master “blueprint” process for making basic chicken stock that I use for a lot of my cooking.
Enjoy, and until we can get out and travel, we can make some great-tasting simple pastas at home and think we are in Italy. 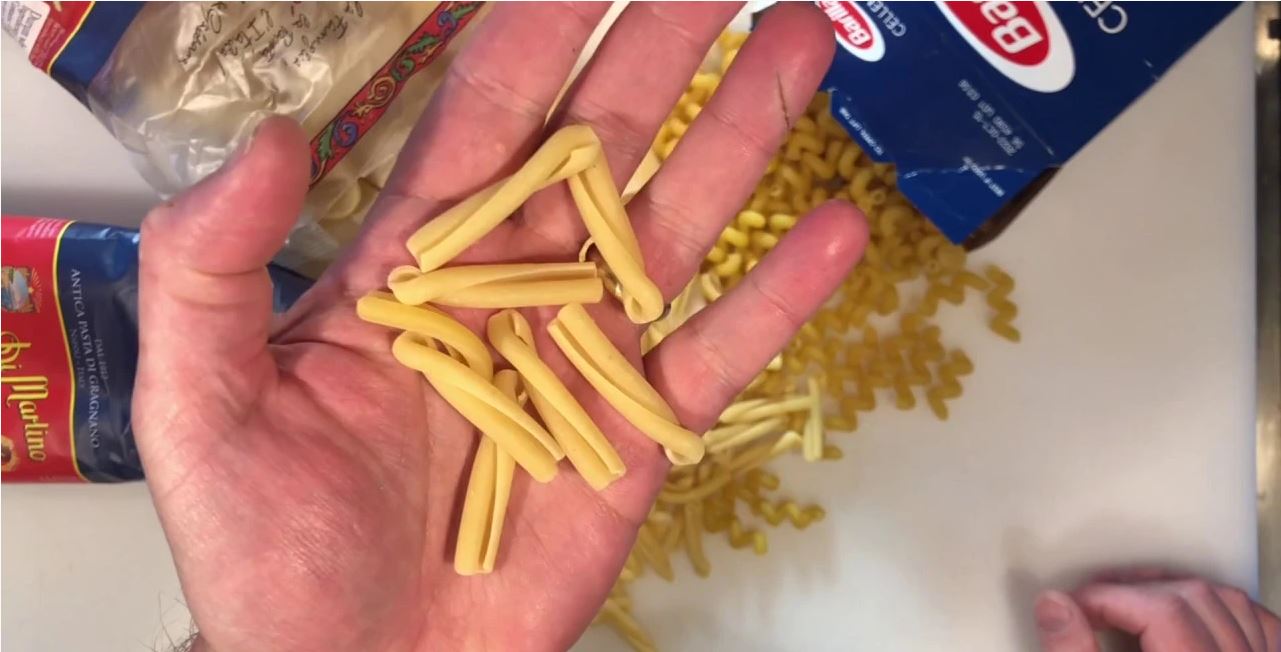